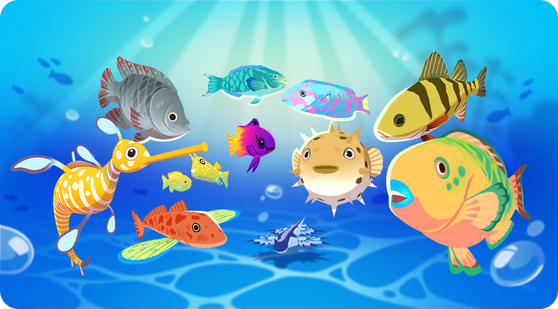 Fish are items that can be caught in any body of water within Kaia Island.

Catching and selling fish is a popular way of earning

To catch fish, you can buy Fishing Rods from Fisher.

There are 15 known locations to fish:

Every fish has a crowned variant, which are more difficult to catch, but sell for more

Community content is available under CC-BY-SA unless otherwise noted.
Advertisement